There is a lot of conversation these days about “Influencers” in beauty.  In the past this breed of brand ambassadors ranged from mothers and girlfriends on one end to Hollywood celebrities on the other; simply, women who influence other women on beauty products. Today the Influencer has expanded beyond mom and the celebrity to vloggers, bloggers, and anyone with a large enough following that listens to what she has to say.  Her influence has the power to make or break a new beauty product with a simple yes or no. But some 30 years ago a beauty brand with little awareness in the U.S. selected a very unique type of influencer, the Socialite.   All of the socialites selected for the campaign were unknown to the majority of women in the country.  However, the 1% of women aware of them was exactly the highly targeted audience that La Prairie Skin Care wanted to reach.

I was at Peter Rogers Associates, the ad agency that created the La Prairie beauty campaign “Beauty Is Not Only Skin Deep” back in the mid-80’s.

What made this skin care campaign unique at that time was that none of the women were Hollywood celebrities — they were prominent Socialites that were highly influential in their elite social circles.  Mind you back in 1985 La Prairie Skin Caviar was the most expensive skin care product on the market (it even came with its own silver spoon!).

The challenge for La Prairie, then a Swiss owned company, was to overcome low awareness and distribution in the U.S. prestige market.  What the “Beauty Is Not Only Skin Deep” campaign did to tackle this marketing challenge was to create a “social buzz” using these “influencers”.  The beauty ambassadors were hardly household names, however, within their elite social circles they reigned supreme creating a consumer demand for the product in department stores. Beside the influencing power of the brand ambassadors the campaign provide an additional unique component – philanthropy.

Each ambassador received $50,000 for the charity of her choice. Beginning with Princess Aga Khan of Palm Beach the money was donated to Alzheimer research – her mother Susan Hayward the actress was an early famous face of what was then a hardly understood diagnosis.  Ann Getty passed along the money to the San Francisco Opera – she was a board member.  Mrs. Judith Peabody’s from NY donated her ‘stipend’ to the Dance Theatre of Harlem, and Mrs. Oscar Wyatt of Texas donated her share to the Houston Grand Opera. Princess Stephanie, featured in the ad above, donated her $50K in honor of her mother, Princess Grace, and her foundation supporting new talent in the arts.

The impactful portraits of these socialite influencers was shot by the legendary photographer Horst P Horst known for his signature black and white photography that capture elegance and timeless glamour.  Next to her photo was the only copy on the page that identified the individual and her charity.

Unique and incredibly bold for the time was the absence of a product photo in the ad, only the La Prairie logo discretely placed in the lower right hand corner.

With the classic portrait of socialite influencers, a philanthropic cause mentioned under the headline “Beauty Is Not Only Skin Deep”, a new skincare line was launched with great success.  The unexpected and powerful influencers created an awareness of both La Prairie in skin care, and a variety of causes and charities. The brand remains one of the most prestigious names in beauty today and is still in demand by “socialites” and other mere mortals around the world.

To learn more about beauty influencers go to MR. BEAUTY: AN AFFAIR WITH THE BEAUTY INDUSTRY. 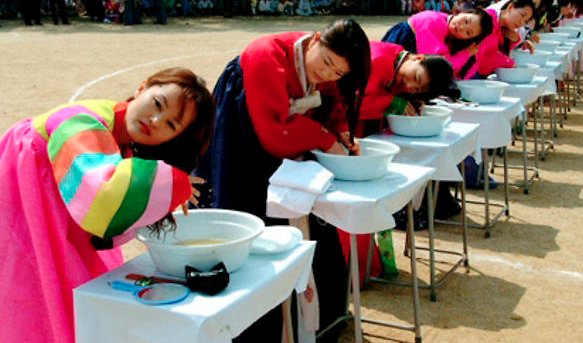 The pursuit of salon inspired beautiful hair – a global desire.

I’ll never forget the first shampoo commercial I was a part of.  It was for Vidal Sassoon, the “If you don’t look good, we don’t look good” brand phenomenon in the late 80’s.  Earlier, Vidal had been crowned the most famous celebrity stylist after his innovative invention of the 5-point cut. This was the asymmetrical bowl cut hairstyle on Peggy Moffitt, a “mod” celebrity model in the 60’s, and became the rage from London to New York overnight.  Vidal’s celebrity was further solidified with the pixie cut he created for Mia Farrow who was dating Frank Sinatra, one of the world’s biggest stars at the time.  She wore this haircut in Rosemary’s Baby and it created a sensation and began a trend.  Vidal who took his salon inspired hair care products to the masses in the 70’s soon provided the desire for all women to join in on this hair revolution.  Remember the brown cylindrical bottle?  He was the first salon stylist to do this, which did not endear him to the salon professionals of the day.

Salon brands go global when large beauty care companies purchase them. In the case of Vidal Sassoon its early exposure in the 70’s was due to its acquisition by Richardson Vicks, the famous makers of the VapoRub a medicine cabinet must during cold season.  By the mid 80’s P&G acquired the company and added Vidal Sassoon, Pantene and Bain de Soliel to its beauty portfolio.   P&G took Vidal Sassoon global in the early 90’s with a version called Ultra Care.  This salon inspired product now provided the world with the new 2 in 1 technology that created the wash ‘n go platform for Pert Plus, another P&G shampoo and conditioner in one brand.

Another salon inspired brand to go global was Unilever’s Salon Selectives. While the brand never originated in salons, Unilever was quick to capitalize on the popularity of the salon inspired products emerging in the mass market.  While salon was not part of the brand equity, the brand had created what was probably the first form of personalization in mass shampoos and conditioners.  Salon Selectives allowed the consumer to purchase different benefits to achieve desired results, shampoo for shine, and conditioner for frizz control.  The wrap up was “For salon beautiful hair like you just walked out of the salon”.

Recently a third brand that seems to be spreading the word globally about its salon heritage and value is TRESemme.  Blasting airwaves with behind the scene shots of models and stylist prepping for the runway the brand platform of salon heritage at an affordable price is very clear or, in their words, “A salon quality-collection created by experts for everyday runway results at home”.

What is the consumer pull that encourages this salon proposition around the world?  It is simply the belief that a salon brand is a better product and that an expert that works in fashion and beauty knows hair better than most.   A stylist recommendation influences a purchase more than anything else in this category.

In my book MR. BEAUTY, women were asked this question when it came to hair care products: What’s more important — price or performance?  Performance leads regardless of price.  Salon “inspired” brands at mass prices will always have some appeal, however, women know better when it comes down to a true salon brand like Redkin or Nexxus.  Even Vidal Sassoon with a heritage based on the first celebrity stylist is no longer in distribution given its move to mass production and diminished product quality.  Women who have converted to salon products know the difference and are able to quickly separate product quality from dollar value.  In essence, the age-old belief that you get what you pay for still hold true regardless of a product’s implied “inspiration”.

To learn more about women’s relationships with shampoos and other beauty product pick up a copy of MR. BEAUTY: AN AFFAIR IN THE BEAUTY INDUSTRY.